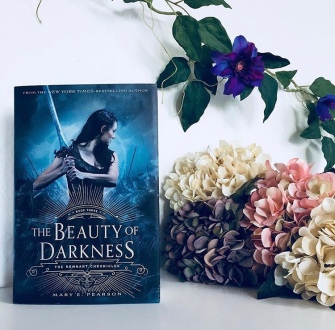 Title: The Beauty of Darkness

Note. As this is the final book in a trilogy, spoilers are unavoidable. So I don’t recommend reading beyond this point if you have not read all 3 books!

Lia has survived Venda—but so has a great evil bent on the destruction of Morrighan. And only Lia can stop it.

With war on the horizon, Lia has no choice but to assume her role as First Daughter, as soldier—as leader. While she struggles to reach Morrighan and warn them, she finds herself at cross-purposes with Rafe and suspicious of Kaden, who has hunted her down.

In this conclusion to the Remnant Chronicles trilogy, traitors must be rooted out, sacrifices must be made, and impossible odds must be overcome as the future of every kingdom hangs in the balance.
(Goodreads)

My oh my, the great big finish to a really great trilogy.

I know I read this some months ago and this review is long overdue, but it’s here now and despite the time that has passed, I do still remember this book well (at least I hope I do).

I love Lia as a character. She’s fierce, independent and doesn’t take crap from nobody. But in this book… That girl need a good old-fashioned slapping once or twice or maybe more.

Then we have the two male heroes. Or should I say one hero and one anti-hero.

Kaden and Rafe. A thief/assassin/kidnapper vs a king. Who should Lia pick? Or rather, who do I want her to end up with? Hmm..

Let’s talk about the ending for a moment. The great big final battle between Morrighan/Dalbreck and Venda. Man, what a show. I feel like great battle scenes that makes for the climax of the book can sometimes be done very wrong and kind of bland. There has to be a whole lot of action, near deaths, actual deaths and maybe a heroic sacrifice or two. A great battle scene should be brutal, bloody and have no mercy on the reader’s soul.
The Beauty of Darkness definitely had a lot of these things, but I still think it lagged on some parts and could have been done better.
But overall it was a nice finish and it rounded up the trilogy nicely.

Also, the always-wanted love triangle makes an appearance in these books (note the sarcasm). It’s hard to escape it and I admit I’m prone to include them in my books as well, so who am I to say it shouldn’t be there.. But when done well, like here, it’s just adds to the story in a positive way.

All in all this trilogy was amazing and I highly recommend it to all fantasy fans out there.

Have you read these books? What did you think? Are you a fan of the love-triangle?

I can also say that I’m most excited to get my hands on Dance of Thieves set in the same universe. I mean, look at this beauty! 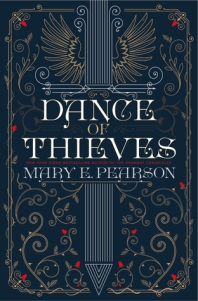 3 thoughts on “Review – The Beauty of Darkness”