October has come and gone (far too quickly, what is with time atm?) and I managed to scrape together a nice bunch of books, both from travels and review copies. In total, I acquired 9 books and here they are: 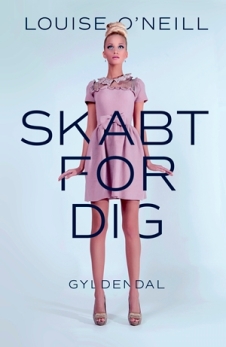 First off, I was sent the Danish edition of “Only Ever Yours” by Louise O’Neill from the publisher, Gyldendal. It is a YA dystopian novel about a world in which baby girls are no longer born naturally, women are bred in schools, trained in the arts of pleasing men until they are ready for the outside world. At graduation, the most highly rated girls become “companions”, permitted to live with their husbands and breed sons until they are no longer useful. For the girls left behind, the future – as a concubine or a teacher – is grim. 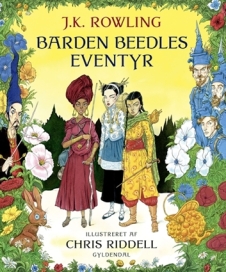 Tales of Beedle the Bard

Gyldendal was also so kind to send me the new Danish illustrated edition of Tales of Beedle the Bard from J.K. Rowling. The pictures are absolutely stunning and I cannot wait to read all the quirky tales that witches and wizards heard growing up.

During this month I went on holiday to London and I, of course, had to go shopping for books (Because they are way cheaper) and I got hold of 6 books whilst abroad:

I had to get a copy of Legendary by Stephanie Garber, the sequel to Caraval, which was one of my favourite reads of 2017. I cannot wait to find out what happens to Tella and Scarlett and the mysterious Legend as they try and discover who he is. 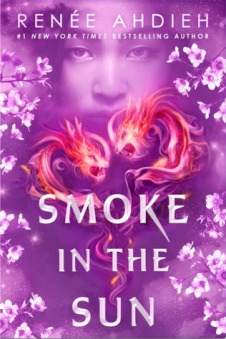 Smoke in the Sun

I also needed to grab a copy of Smoke in the Sun by Renée Ahdieh, the sequel and conclusion to the Flame in the Mist duology, which was also one of my favourite releases of 2017. I love the historic Asian setting and atmosphere of this book and I am eager to find out how it all ends. 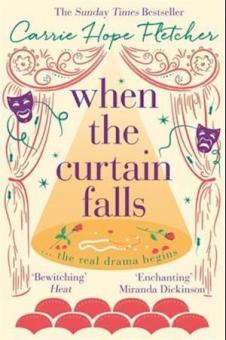 When the Curtain Falls

I adore Carrie Hope Fletcher and all that she’s involved with, so I had to grab a copy of her newest novel, When the Curtain Falls, which takes place in the London West End, at the fictional Southern Cross theatre, where a new production of a play sets in motion a tragic love story that took place 50 years earlier.  I love that she’s written a book about the theatre world, which she’s been a part of most of her life. 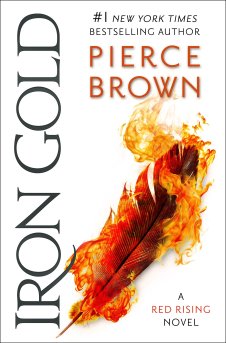 I have never quite gotten over the massive effect that Pierce Brown’s Red Rising trilogy had on me when I read it two years ago and I’ve been dying to get my hands on the newest instalment, Iron Gold, which takes place 10 years after the ending of Morning Star. And so when I spotted it I just had to have it. 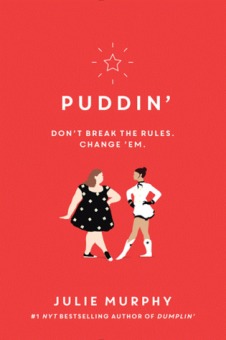 Dumplin’ was an incredible book by Julie Murphy and I am incredibly excited to see the movie adaptation that should be out in the nearby future. Puddin’ is the companion novel that follows supporting characters from the first book. Millie, the “fat camp girl” who dreams about kissing her secret crush, and Callie, the pretty dancer with the popular boyfriend, who is ready to become captain of the school’s dance squad.
But circumstances bring these two together and somehow, they discover that they may have more in common than they thought. 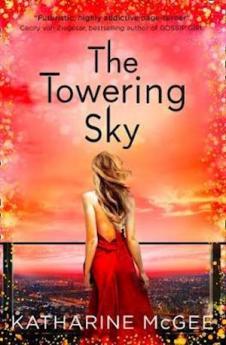 I was an instant fan of The Thousandth Floor by Katherine McGee, with all its teen, borderline Gossip Girl / The OC’esque drama, and The Towering Sky brings us the conclusion and boy oh boy, is there a lot of unfinished business, which I cannot wait to watch unravel. 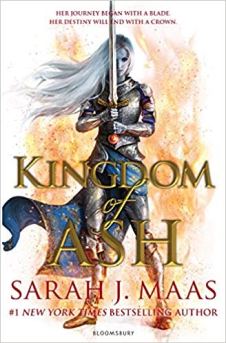 Last, but certainly not least, we have my second most anticipated release of 2018 – Kingdom of Ash by Sarah J. Maas. The conclusion to the incredible Throne of Glass series, that I fell in love with three years ago. This beast of a book is 980 pages and in it, we’ll find out if Aelin and her companions will be able to stop the war and save their home from Erawan, the Valg conqueror and Maeve, the mysterious Fae queen – if that is indeed what she really is.

So there we have it – the books I got my hands on during the month of October.
How many of these do you own / have read?
Any favourites among them?

📚 Book review 📚
A book series I hope to read soon📚
Happy #shelfiesunday
Newly purchased books 🤩📚
What are you currently reading? 🤓
For the love of shelves ❤️📚